Are You Afraid of Failure When Teaching Your Kids About Money? 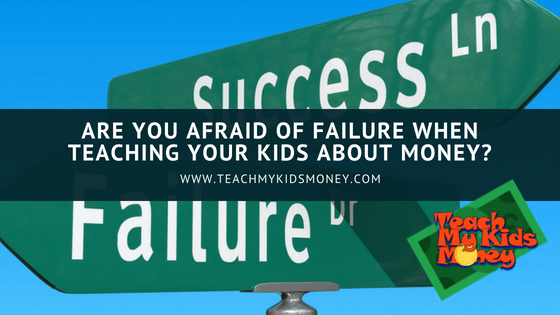 Nobody likes failure. It hurts. It stings. It can really suck.

You didn’t get that promotion at work recently? You got fired from your job? Your wife made other plans on what was supposed to be your date night? Your husband pointed out a funny taste in the dinner you just spent two hours cooking? Whether big or small, failure can sting.

But it doesn’t have to. You get to decide how it makes you feel.

Failure can be a powerful motivator

Playing checkers with one of my boys the other day, his eyes started to well up as I was sweeping the board with him. He’s really competitive and does NOT like to lose. And he was REALLY losing. The apple didn’t fall far from the competitive tree there.

After that game, I thought about how we could make this a teachable moment. I told him I’d teach him how to beat me so he could stop feeling that way every time we play each other. The next 15 or so games, he hung on my every word. He still lost every single one of them, but this time he saw the purpose.

Within two weeks of this crying moment, he beat me. I tried every tactic in the book to get one over on him. I did NOT “let” him win. He actually beat me. He learns quickly, and that’s both exciting and frustrating!

You should have seen the look of pride on his face. He was beaming. He told the next 50+ people we saw that he just beat Daddy in checkers. Most didn’t realize the importance of that lesson, but oh man I did.

Failure is how you learn

James Allen, author of As a Man Thinketh, said “Failures are the steps in the ladder of success.” 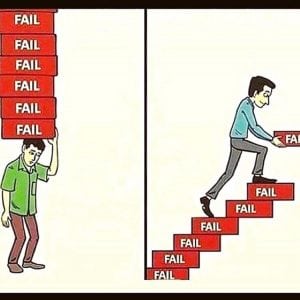 When you fail and take the time to analyze how and why you failed and then implement steps and habits to prevent from those reasons coming up again, you set yourself up for success. Each failure gives you a learning opportunity, but only if you let it.

How Do I Fail in Teaching My Kids Money?

Sure, there are tons of ways you can fail here. You could flat out tell them incorrect information. You could set a bad example. You could cause them to lose money.

But the number one way you fail in this endeavor? By failing to start at all. Think about that. Even the act of complete inaction is, by its very nature, still action.

Your kids are going to learn about money whether you intentionally teach them or not. The question is, WHAT ARE THEY LEARNING?

Jimmy gets money from grandma for his 5th birthday and you take him to Target to pick out whatever toy he wants that he can afford. If you haven’t been intentional about this subject, then this little trip to Target teaches Jimmy to spend any money he’s given. Teaching him to budget early on allows him to set spending goals for his priorities, and it lets you teach the importance of saving for the future, before he’s spent all the money.

Twelve year old Colton comes to you and asks if he can have $5 to get ice cream with friends, and you give it to him. What you didn’t know was that your husband already told him no. Without a plan of how you’ll use your money and making everyone aware of the plan (check out creating a family mission statement for this!), your kids will naturally know to play you against each other. If you’re married, one of the best things you can do is approach this topic as a united front.

You’ve been telling Caitlyn since she was twelve that she was going to be buying her own car. She waits until a month before her 16th birthday to ask what kind of car you’re getting her. If you buy her one now, then you’re teaching her that you’ll always bail her out of her bad decisions…why should she learn how to make good decisions if you’re just going to save her?

So where do I start?

The easiest place to start is literally anywhere. Figure out what your kid knows about money. Depending on your kids’ ages, these questions could be pretty surface level or really really deep.

Some straightforward ideas to kick it off for you:

Remember, failing to teach your kids about money doesn’t just mean you failed, it means your kids are failing, too. And, if you’re like me, that stings.

Questions? Email me to have your questions featured on the Teach My Kids Money blog! 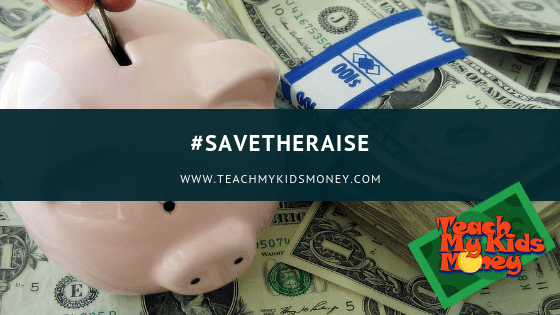 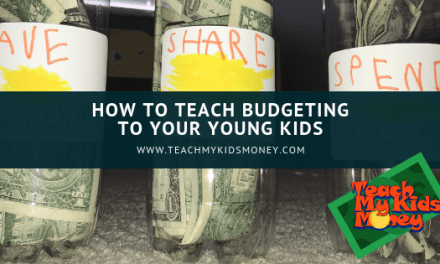 How to Teach Budgeting to Your Young Kids 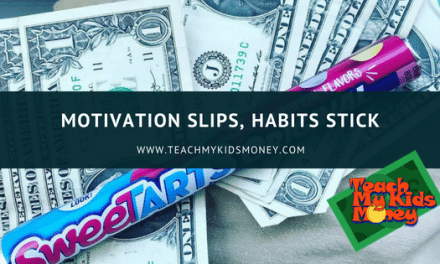