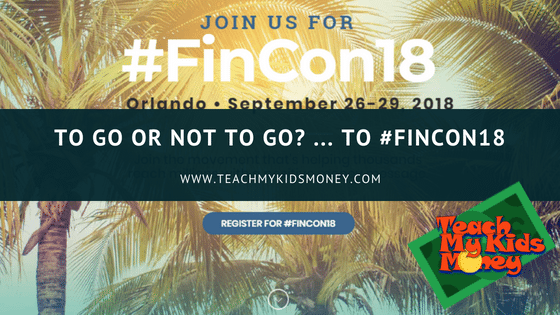 Should I go, or should I stay? That’s been a huge dilemma in my head for the last few weeks. For those not familiar, FinCon18 is where “money nerds unite!” And if you haven’t noticed yet, I’m a bit of a money nerd.

So let me lay out the decision so my thought process makes more sense.

This year, FinCon is in Orlando, FL, which is driving distance from home. I also have several friends in Orlando who have offered to let me stay at their homes. That means the cost of the conference would roughly break down as the following:

Now, as you saw in a previous post about our personal finances, we’re actively paying down debt. That means there’s a choice to make – is this $650 better served by spending on FinCon or on paying down our debt?

There are a few schools of thought for this type of decision.

When I make a decision, I first need to look at the benefits of each possibility.

From the friends I’ve spoken to about this conference, Vincent Pugliese at thefreelancetribe.com and Scott Sherman at www.idreamoffire.com, and the posts I’ve seen on Facebook and Twitter from Bobby Hoyt at www.millennialmoneyman.com and Jonathan Mendonsa at www.choosefi.com, the conference is just a flat out no brainer. The connections you make, the knowledge you gain, and the momentum you build are all turbocharged from attending this event. That’s a financial blogger’s dream, right?

Now, using that same $650 to pay toward the debt brings with it the continued momentum on the debt snowball. That snowball is getting close to “terminal velocity” and will wrap up around October of this year. More details to come on that in a future post. Choosing to pay that $650 toward paying down debt means feeling great about our discipline to continue what we started and have identified as so important to our family’s present and future financial health.

Next, let’s talk about opportunity cost.

Investopedia defines opportunity cost as a benefit a person could have received, but gave up, to take another course of action. It represents an alternative given up when a decision is made.

So what’s the opportunity cost of going to the conference? $650 that could have gone toward debt. Now, we’re at the stage of our BabyStep 2 (reference to Dave Ramsey’s Total Money Makeover again) where $650 doesn’t make a huge dent in the remaining debt. Don’t get me wrong, I love paying down the debt fast…but according to my calculator, throwing the additional $650 doesn’t change the month in which we’re projected to be debt free.

And what’s the opportunity cost of NOT going to the conference? It’s unmeasurable. This conference COULD do absolutely nothing for me except get me more excited. It’s certainly possible that one of my kids gets a cold and I miss the whole event, or that I get laughed out of the room because there are already other people doing a really good job in the financial literacy for kids arena (see: Rachel Cruze, opening keynote of the conference). But it could also be my launchpad to connecting with people in this industry and learning what gets them excited about what we’re doing here. It could help me help others, which is one of the things that really gets me excited about life. It could mean getting this blog seen by hundreds or thousands of people. But again, the value here can’t quite be measured at this point in time.

But am I a hypocrite?

Now, I’d also be remiss if I didn’t talk about values and our family mission. Similar to any good corporation, I believe a family should have an identified mission. It doesn’t have to be explicitly stated or carved in stone, but it can help serve as a strategic compass in difficult decisions.

For the last several years, I’ve talked to Alana about getting debt free. Paying down our student loans and saving up for a down payment on our next home purchase. I know she loves me and agrees with this mission, but I really think that at times, she just tolerated my ideas. A friend once took a look at the way we’ve been paying down debt recently and said, “Your wife must really think you’re a prick!” I’ll admit, before January of this year, that’s a large possibility.

But there’s a chapter in Vincent Pugliese’s book Freelance to Freedom where he talks about his tough decision to buy a Pittsburgh Steelers Super Bowl ticket. He was tormented by the decision and ended up deciding NOT to purchase the ticket because he felt like a hypocrite. Here he was preaching about spending money toward paying down debt and asking his wife to sacrifice, and now it was his turn to potentially spend a large sum of money. Luckily for Vincent, after he made the tough choice to not go, the Steelers made it back to the big game a few years later and he bought his ticket then.

Part of me feels like I’d be a hypocrite for really keeping the pursestrings tight for so long and then all of a sudden, when it benefits ME, being willing to pay. I recognize the opportunity this is to attend…but there’s something more important out there.

So, what did I decide?

So, now that I’ve walked you through my thought process, I can share with you my decision to NOT attend FinCon18 this year. As much as it pains me to make that decision, I truly believe it’s the best decision for my family and for me. My intention with this blog isn’t to make money any time soon, it’s to share my journey and help me fine tune my message. In the long-term future, I do hope to make this a profitable business, but right now it’s very much a passion project that I’m actively choosing not to monetize.

Now attending next year is a different story – I’ll begin budgeting a bit here and there for the expense, I’ll be travel hacking and will purchase flight and hotel for FinCon19 with credit card points, and you’d better believe Alana and I will be there!

As you can tell, this post wasn’t entirely about teaching my kids money. But I remind myself that I, personally, am not my only audience. There are readers with older children who are capable of making decisions like these.

My intention was to help you and your children see my decision making process and to decide how you would handle a similar situation. 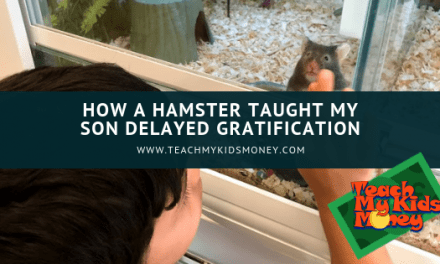 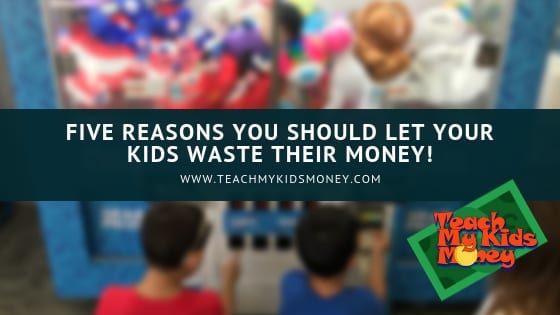